If Day 3 of the Coast to Coast had been the hardest of my 12-day journey, Day 4 was the most disappointing and the only one on which I considered giving up and going home.

Again (and not for the last time), I woke to snowflakes falling outside my bedroom window.  And later, when I stepped outside and walked down to Patterdale, I did so into a new challenge – a keen and icy north-east wind. 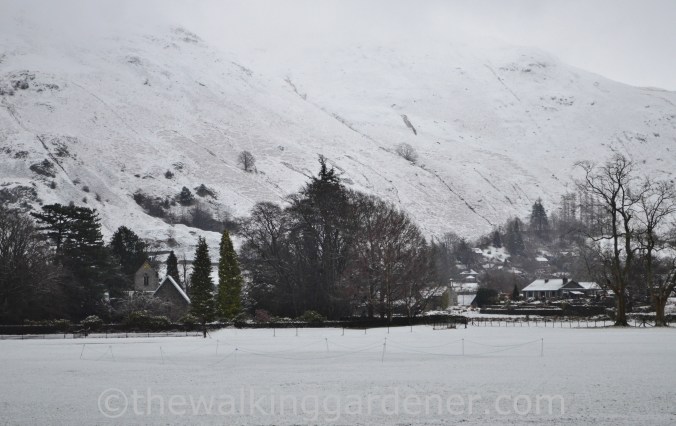 Patterdale Church with Place Fell beyond

The official path, after leaving the village, climbs steeply across the fells on the far side of the valley on its way to Angle Tarn and, eventually, the highest point on the C2C: Kidsty Pike.  I could see the path clearly as it cut across the flanks of Place Fell up to Boredale Hause.  But as I looked up at the fellside, I realized I couldn’t go that way.  I couldn’t possibly climb Kidsty Pike – not today.

There were several reasons:

the mountain tops were, like yesterday, hidden in cloud and visibility would be poor;

I now knew what to expect – another day of plunging through fresh, deep snow trying to follow invisible paths and across an area of the Lakes I was unfamiliar with;

this new wind, strong down here in the valley, would almost certainly be worse above 1000 feet and probably gusting at the 2559 feet summit;

and unlike yesterday’s romp, were I to go astray (and let’s face it, that was pretty likely) there were sheer drops from and near Kidsty’s summit.  Sheer and very fatal drops.

Frankly, it would have been foolhardy to attempt the walk; especially solo. 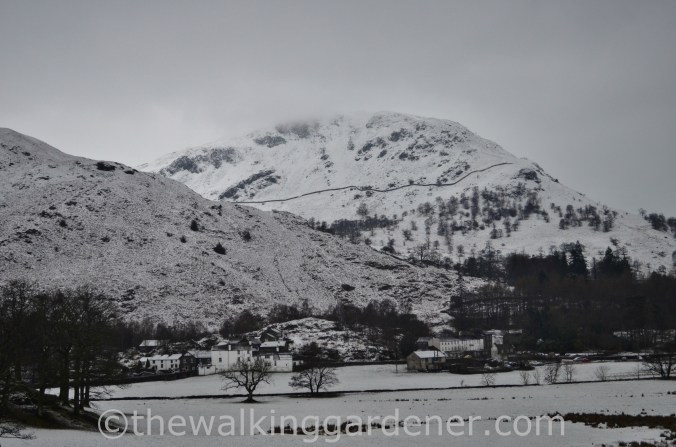 Looking back at Patterdale from the other side of Goldrigg Beck. The rear of the White Lion is left of centre with massive St Sunday Crag behind

The night before, suspecting that I might have to make this decision, I had studied my Trailblazer guide-book for alternative routes.  It didn’t give any.  So I consulted Mr Wainwright (whose book I was also carrying) and thankfully, he spoke of a low-level, bad weather alternative to Shap.  It was roundabout, it entailed a lot of road walking and it added at least four miles to the day.  And compared to Kidsty Pike it sounded pretty boring.  But, short of wimping out altogether and catching a bus to Shap, I didn’t see that I had a choice. 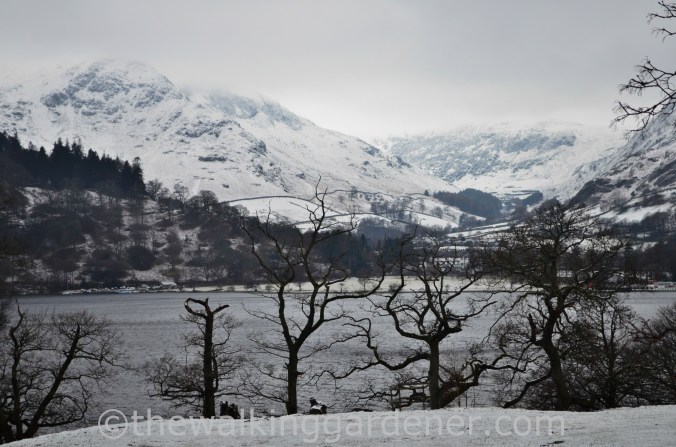 My alternative route lay northwards, skirting the high fells, towards Pooley Bridge a small town at the far end of Ullswater.  I would then swing eastwards before finally turning south toward Shap. 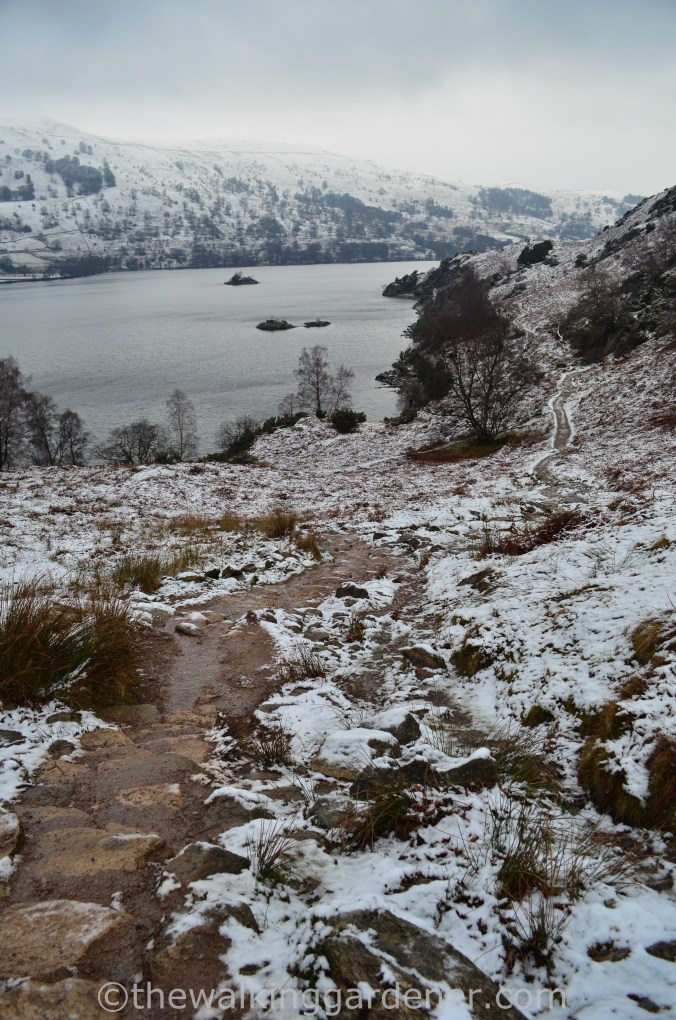 Initially and for several miles, the walk hugged the eastern shore of Ullswater.  For this, at least, I was grateful –  it was a fine walk.  For the first time since leaving St Bees, I was following new paths through new territory. 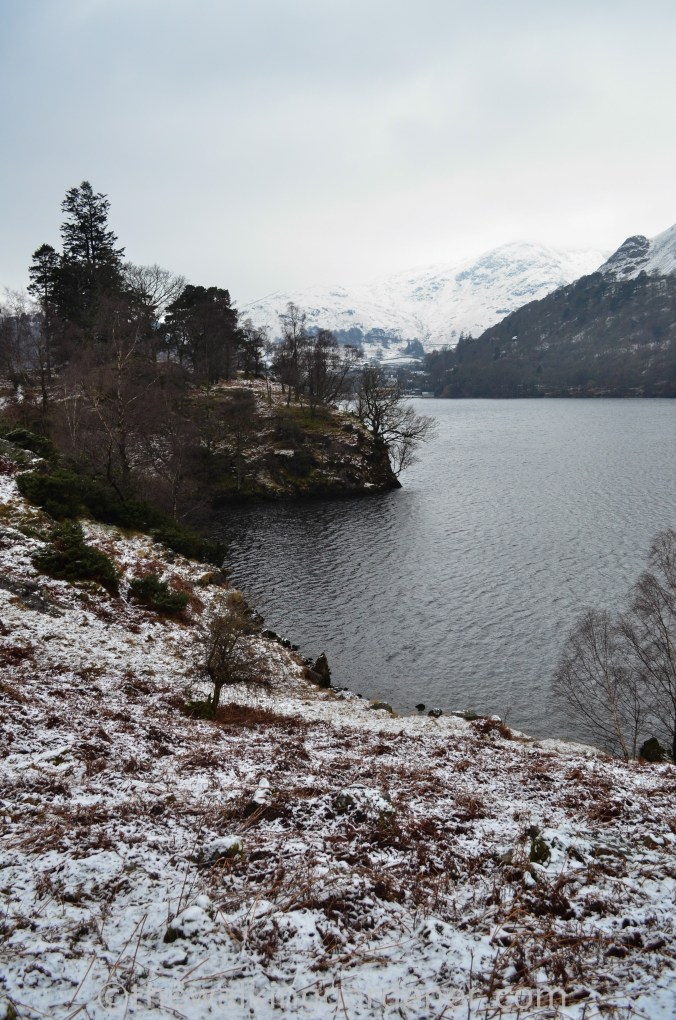 Each time I emerged from a dip in the path or from a stand of conifers, that north-easterly would slap me across the face.  It had stopped snowing but I suspected that higher up, it hadn’t.  I grumpily concurred with my earlier decision to avoid the official route. 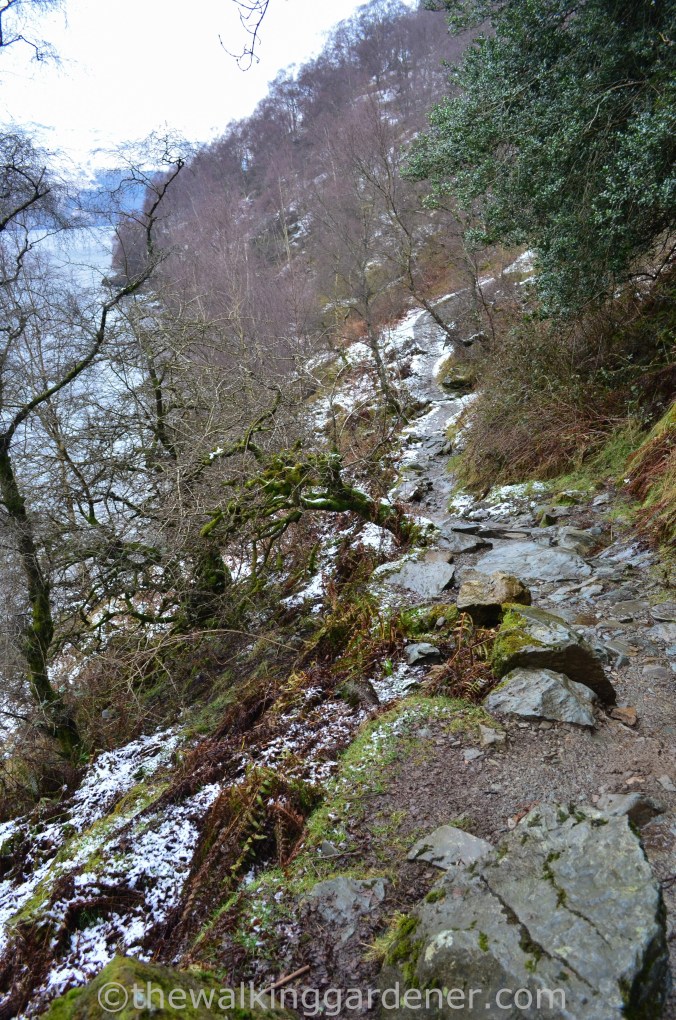 There weren’t many people about: a couple of joggers and dog walkers but no distance walkers.  At Sandwick, I joined a small road and I was to walk on metalled roads for the rest of the day. 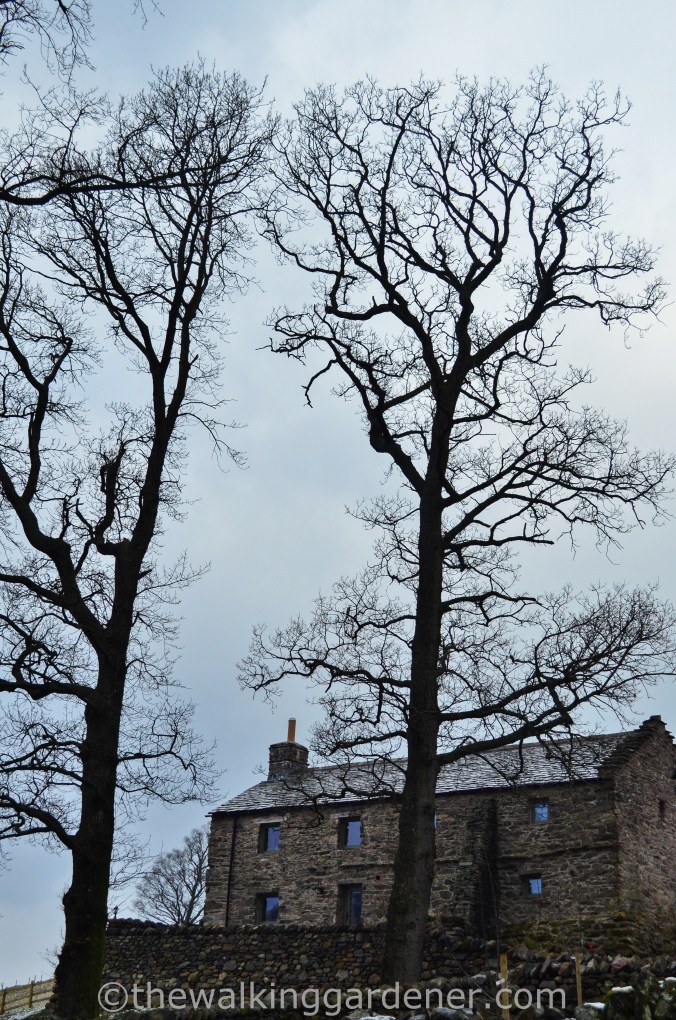 There is not much to relate about Day 4, I’m afraid.  The walking was pleasant enough but an anti-climax after the previous day’s excitement and trials. 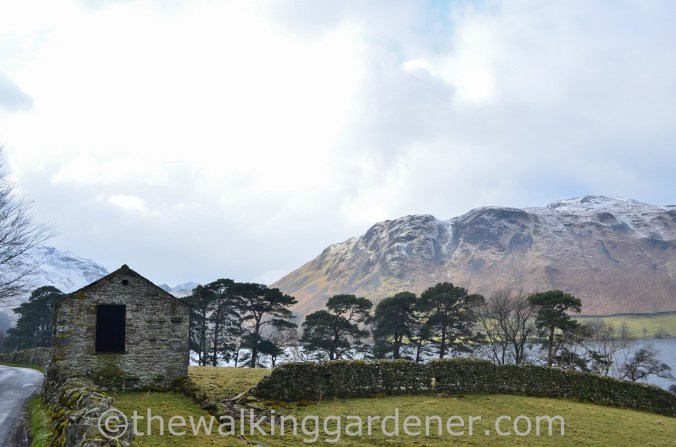 It was whilst nursing a (not very nice) pint in a (not very nice) pub at Pooley Bridge that I began to think, “Well, that’s that then.  I’ve failed.  I’m way off the correct route.  I’ve missed out on the day I was probably looking forward to the most: a whole new area of the Lake District to explore; an ascent of Kidsty Pike; views of Haweswater reservoir and the possibility of seeing the only wild Golden Eagle in England.*  I might as well go home.”   And I did think of jacking it all in, of catching a cab or bus up to Penrith and arriving home in time for a glass of wine, a spot of supper and a bit of telly.  Which sounded good and rather tempting. 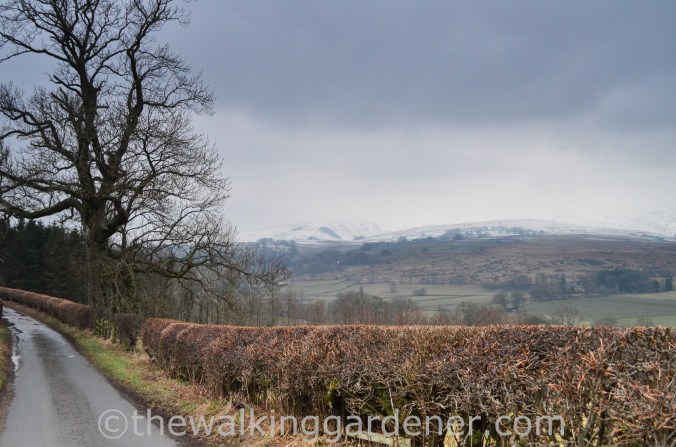 But I really, really didn’t want to abandon this walk and suppressing dark thoughts, I pressed on.  After leaving that (not very nice) pub and deciding to keep to small, quiet country lanes and eschewing a more direct but boggy cross-country route, my mood lifted and I actually began to enjoy myself. 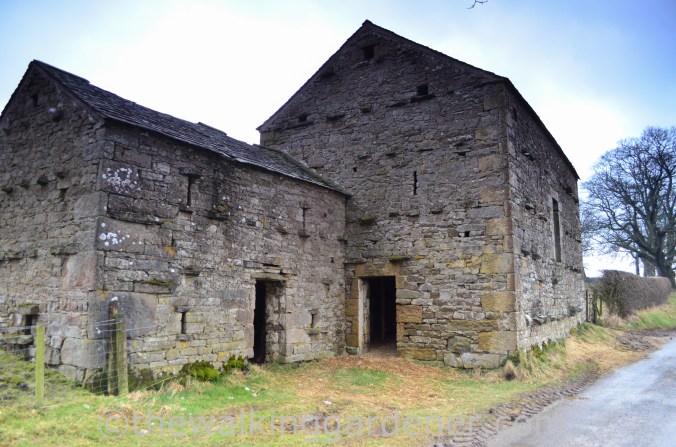 I chatted merrily to myself about the derelict farm buildings I would buy and renovate and of the gardens I would plant; I sang along to the beat of my boots on tarmac and held furious, triumphant arguments with people who had historically annoyed me (but whom I wouldn’t possibly confront in real life). 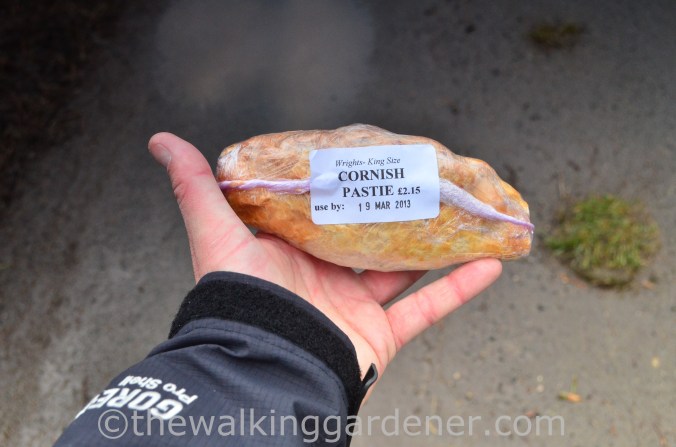 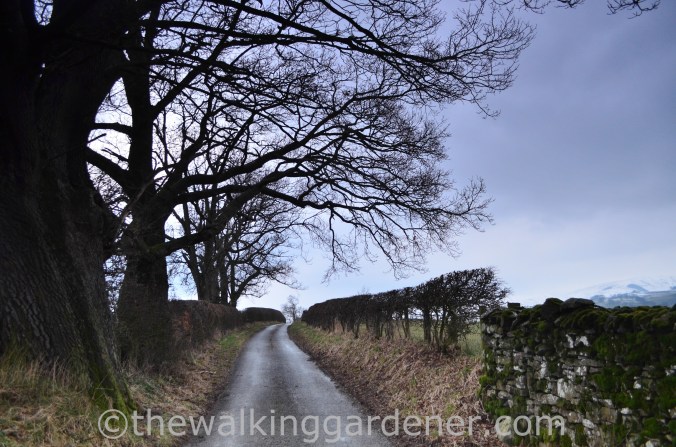 And I enjoyed the quiet ever-so-slowly-changing landscape.

After leaving Pooley Bridge, I walked to the village of Askham, 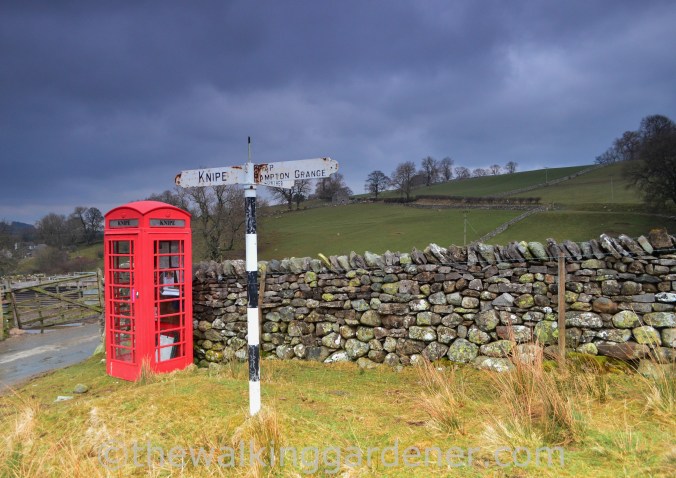 and then passed Knipe Hall on my way to Brampton Grange.  I had covered about 17 miles and at a brisk pace. 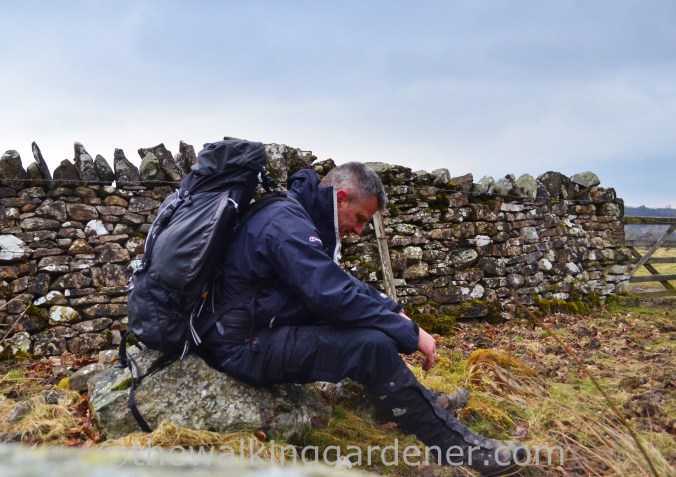 Though I had no blisters, my feet ached, I was tired, I felt my age and hoped for better walking in the days to come. 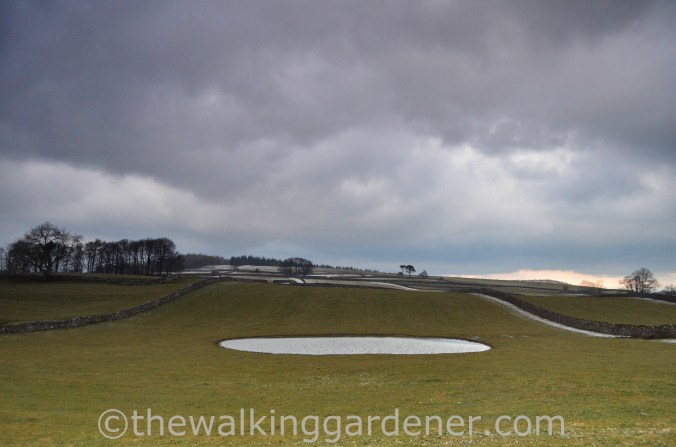 So what else happened?  Well, there was a pleasingly round pond, 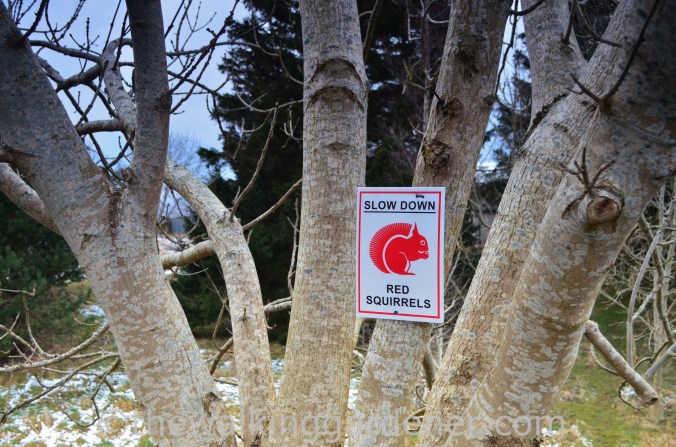 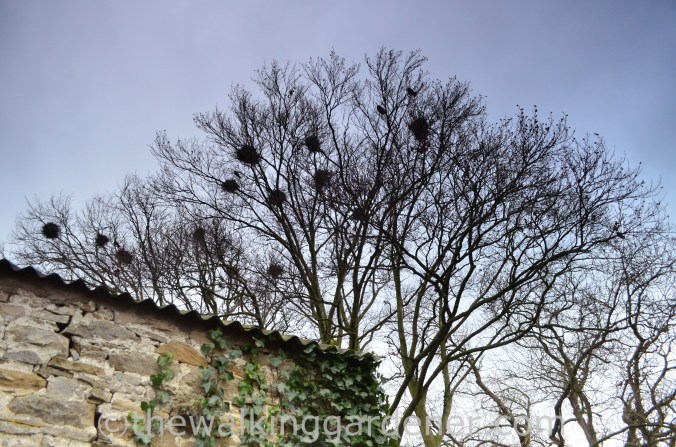 the noisy accompaniment of rooks, 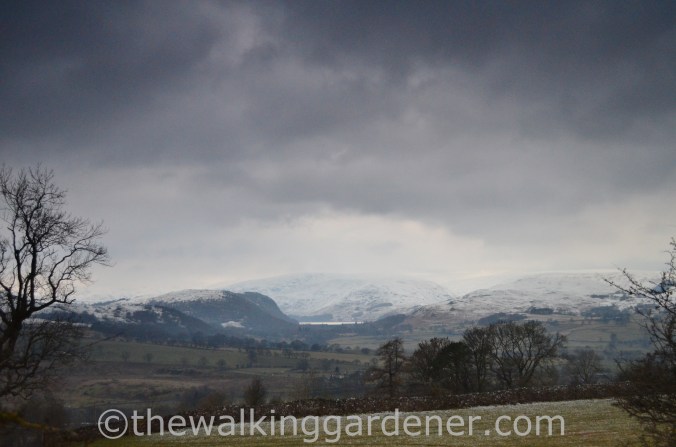 and a distant glimpse of Haweswater and the way I should have come.  I shook my fist at it. 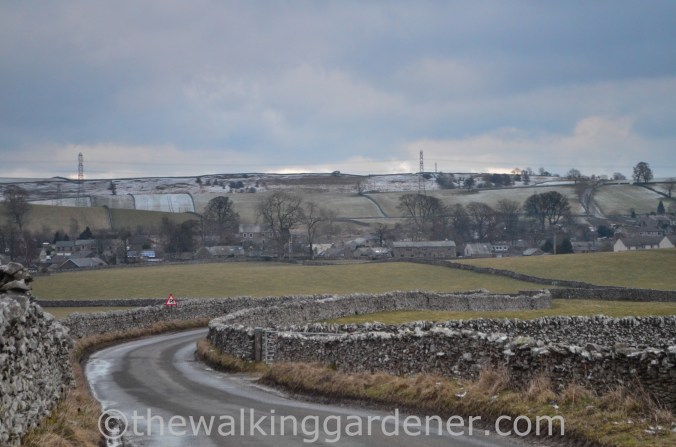 Having left Patterdale at 8.30am, I finally approached Shap at about 4.30. 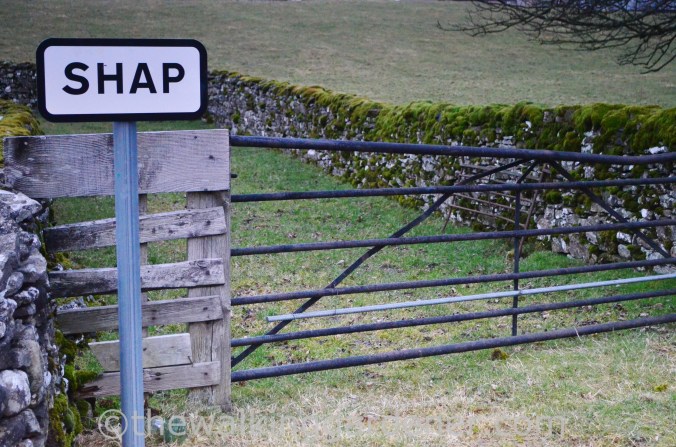 The A6, which Shap straddles, used to be the main route from NW England to Scotland – and Shap prospered.  But after the M6 opened and bypassed the town, the town’s fortunes slipped and its importance diminished.  I imagine that its burghers are only too pleased that the C2C brings in so many visitors.

Sadly, The Greyhound, a pub which boasted great reviews and where I had hoped to stay, had recently closed (though it is due to reopen). 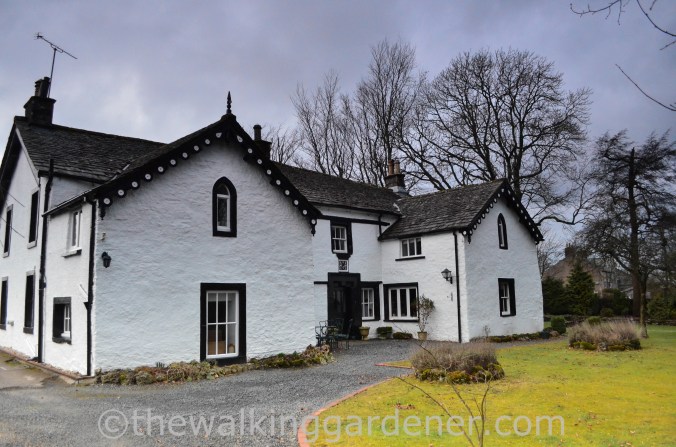 But I wasn’t disappointed by my back-up choice of accommodation: The Hermitage, run by Jean Jackson, is a beautiful and very comfortable 17th-century Jacobean farm-house (though parts of it are C15th).

As I took off my gaiters and boots and told Jean about my circuitous route from Patterdale, she said “Your room is up the stairs and on the left.  And your lady is waiting for you.” 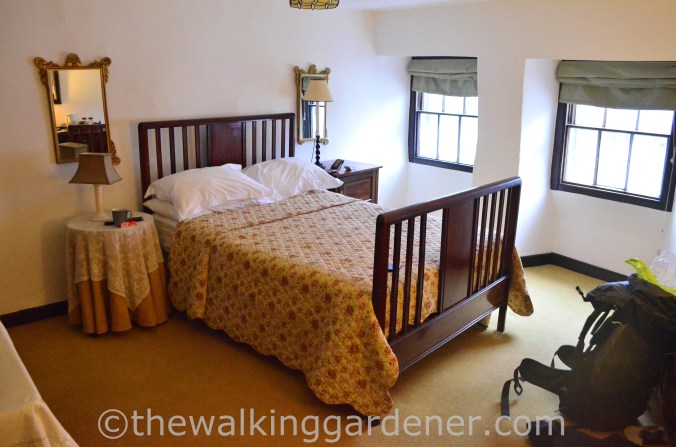 My lovely room at The Hermitage with complimentary KitKat

Gosh, I thought, I certainly remember pre-booking a room and breakfast but I’m fairly sure I hadn’t booked a lady friend.

At my confused look, Jean laughed, “You’re not Pat, are you?  He’s walking the same route as you and we’re expecting him any moment now.  His wife, Sue, is waiting in their room upstairs.”

And so it was that I learnt that there was another Coast to Coaster; someone else walking 200 miles from sea to shiny sea.

A couple of hours later, and by coincidence, I sat next to Pat and Sue in the local pub and fell to chatting (other than B&B owners and pub/shop staff, I had barely spoken to anyone for days).  Pat and I compared notes on the walk.  Sue, being very wise, had opted to drive the route as backup for Pat.  He hadn’t done a long distance footpath before and just a week or so before he’d decided to come and do the C2C.  What a choice, what a baptism and I stared at him in awe.

But we did agree that the worst of the weather was now behind us and the way ahead would be easier.

* A solitary male golden eagle lives near Haweswater.  His mate died in 2004 and there is a slim hope that a female from Scotland might join him.  (Since I wrote these words, it is feared that the male eagle is now dead too).

2 thoughts on “Coast to Coast: Day 4 – Patterdale to Shap” 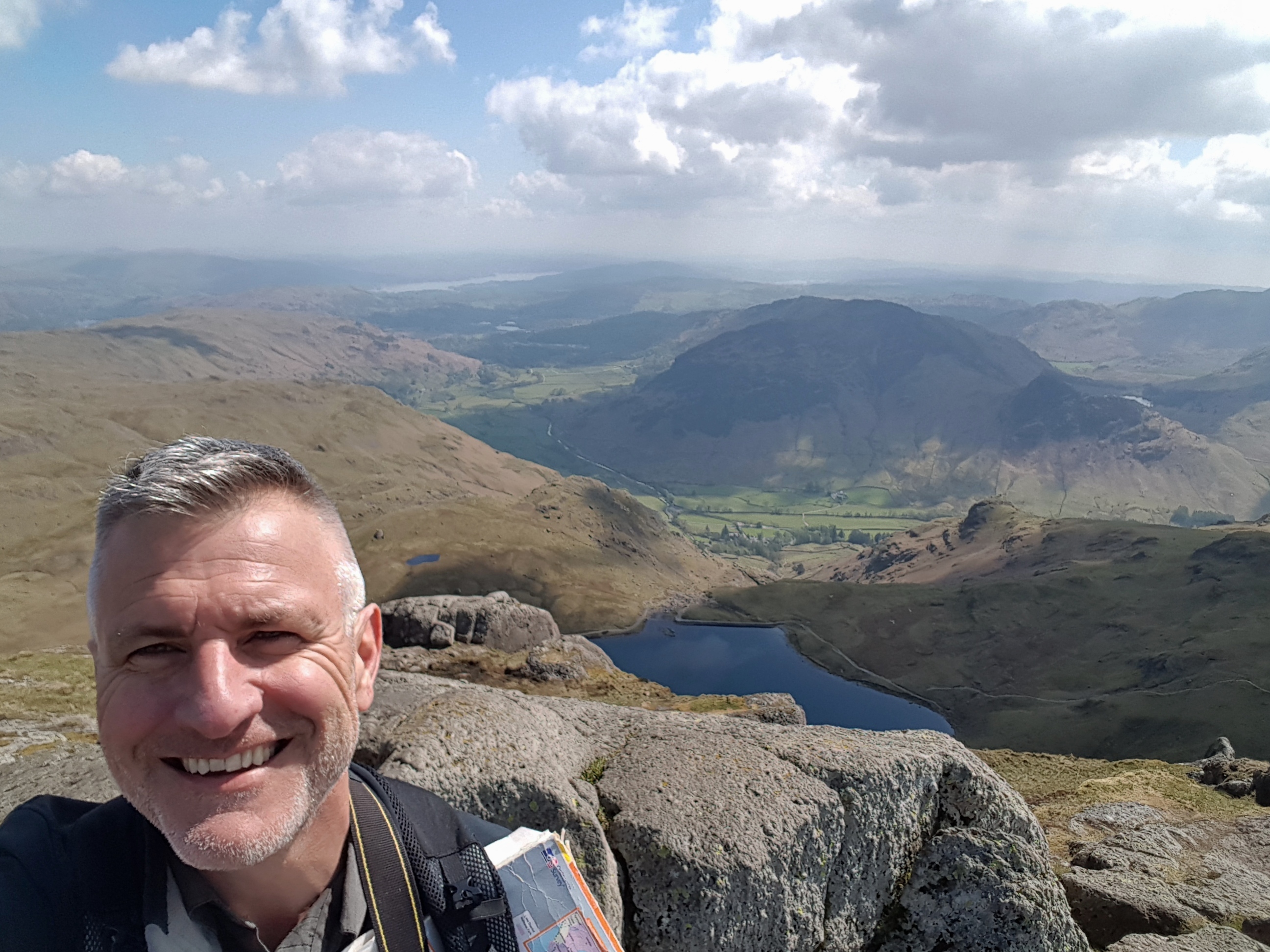 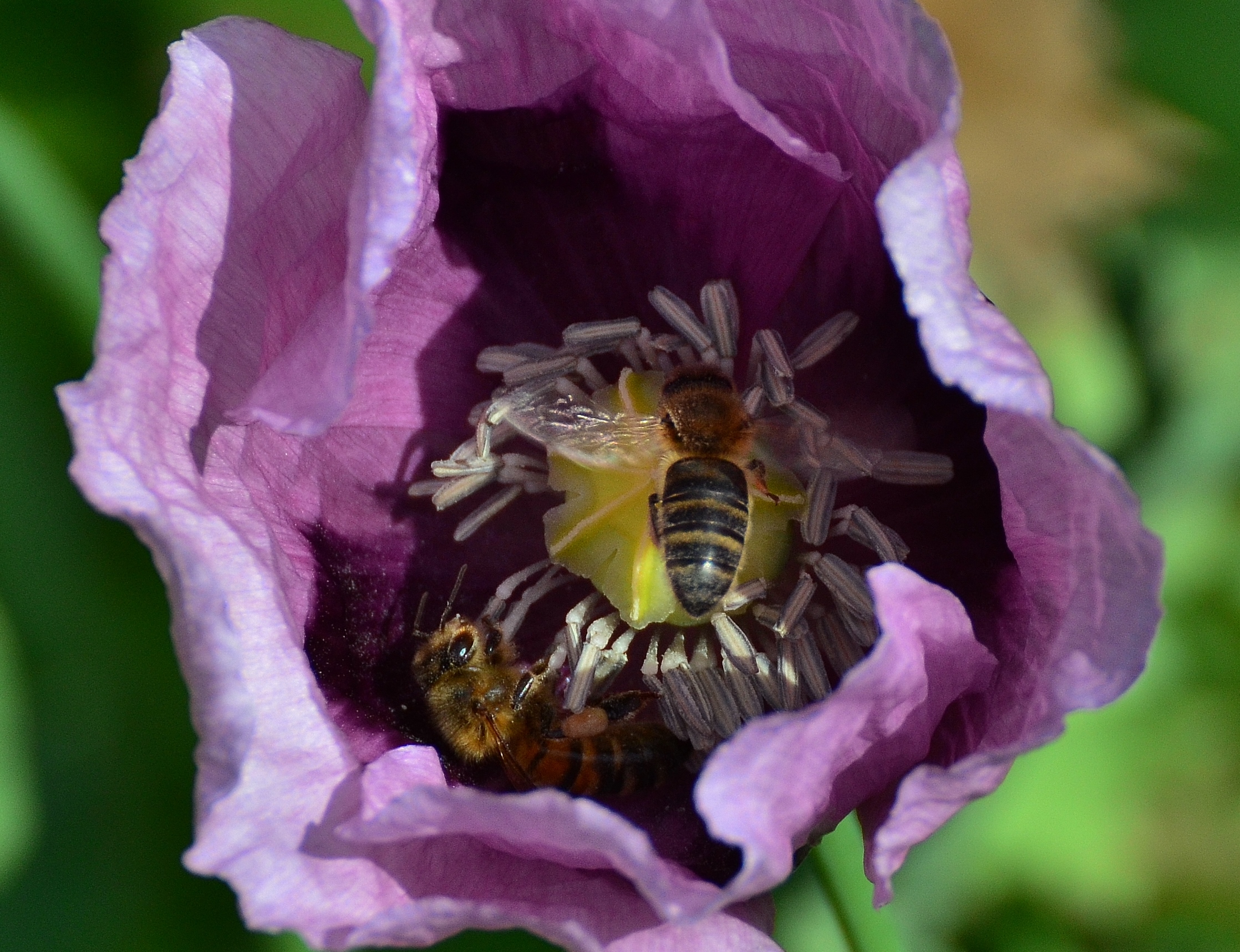 We Made A Garden, Part 2 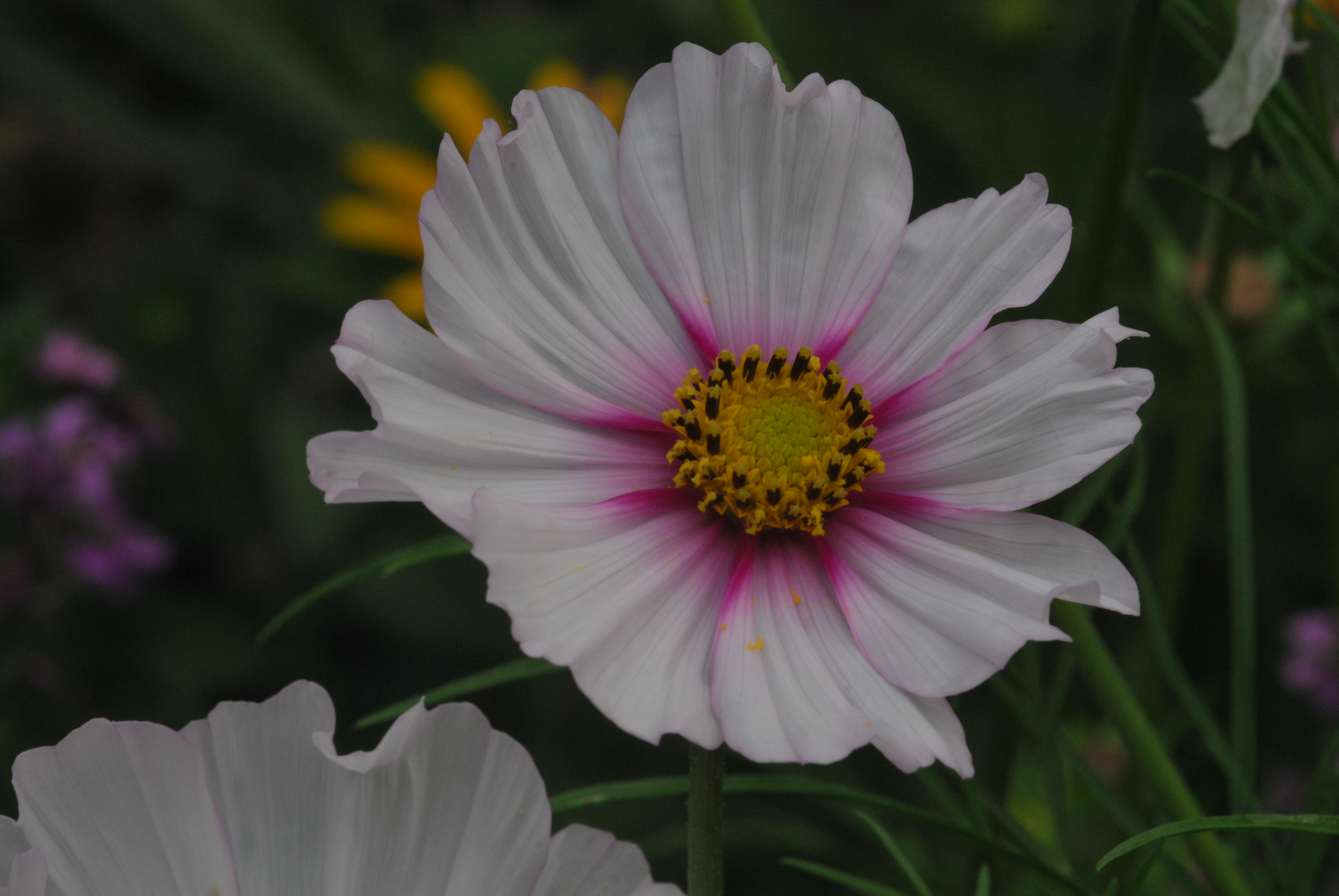 Here’s more on the house and garden we bought in 2005 (and – spoiler alert – left in 2010). The front garden of the cottage was, as you can see, overgrown when we arrived and clearing the undergrowth was a major task. But hey, I didn’t care. I had my first greenhouse. As well as […]